Magpie was born as one of triplets to our doe Dot and our buck Cody (two of my all time favorite goats).  Here she is, 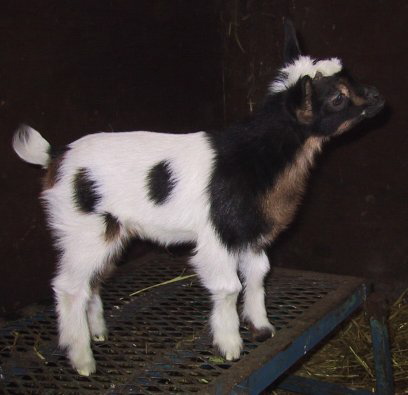 and with her brother Otis.

I had forgotten that we had sold her to a family in Anacortes, and they returned her to us 1 year later due to their health issues.  Here she is after her return to us. 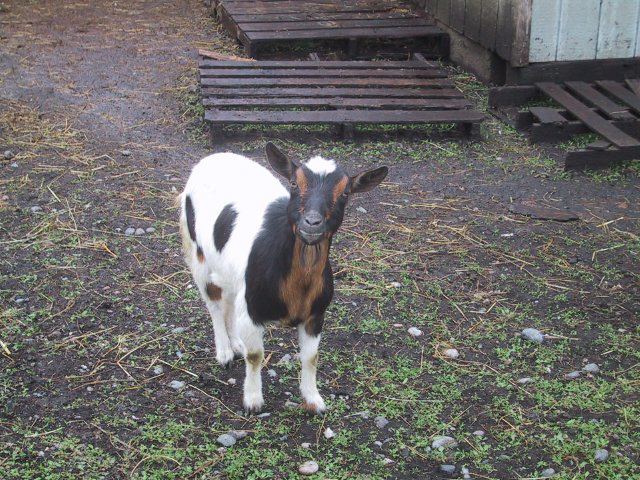 We bred her to our Mr. Mahogany and in 2006 she kidded with Peregrine and Chickadee. 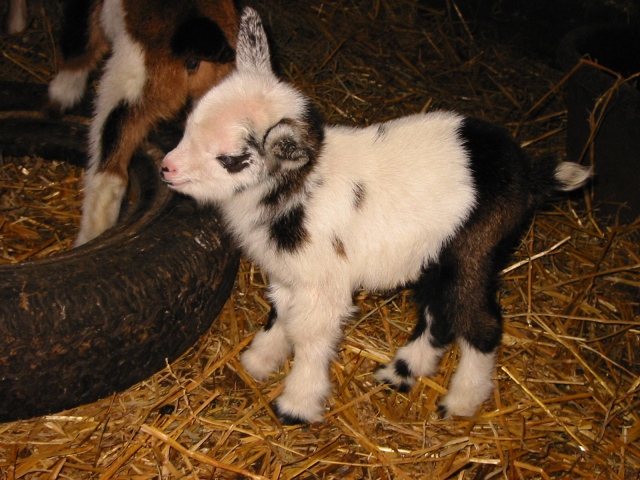 We bred the two again, and in 2007 she had Merlin and Meadowlark (who we still have).

Here is a nice three generation photo with Merlin, Meadowlark and Dot. 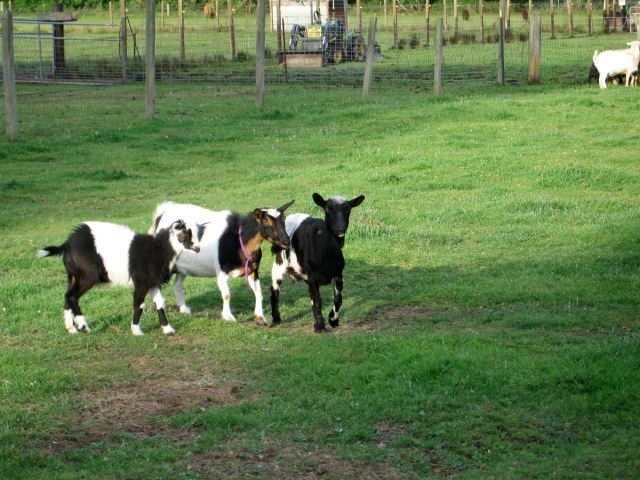 With the same breeding she produced Batman and Robin in 2008.

Here is a photo of her and Patches trying to bust into the hay mount.

With the same breeding yet again she produced triplets in 2009. 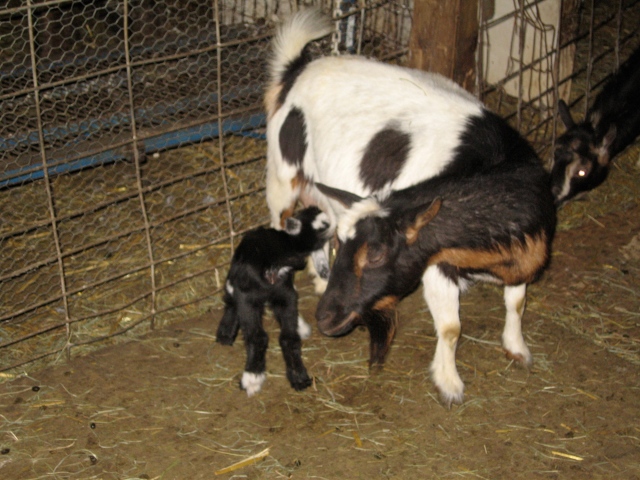 They were Mearth, Mork and Mindy.

Unfortunately in October 2009 Cody (her father) busted in and bred Magpie, so in 2010 she had triplets Phoebe, Dove and Sparrow from this incident.

Then she was bred to our buck Dean, and in 2011 had two bucklings, Flight Time and Big Easy. 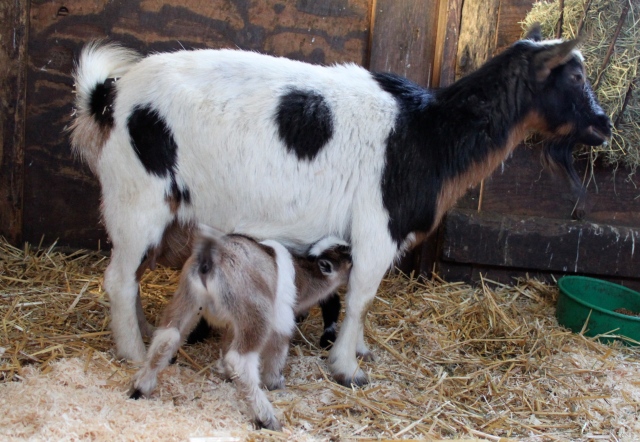 She was then bred to our buck Bumble and had Moglee and Mavis (who we still have). 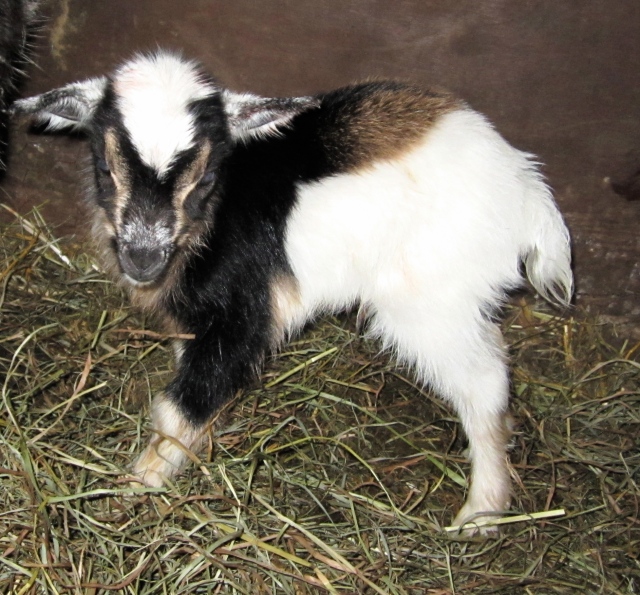 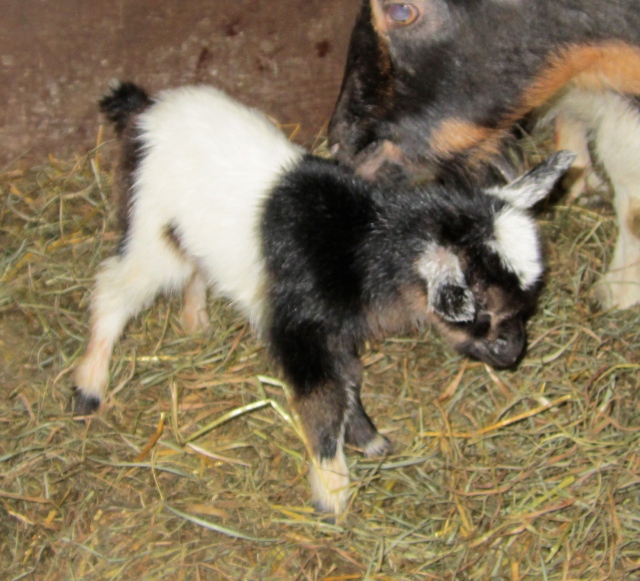 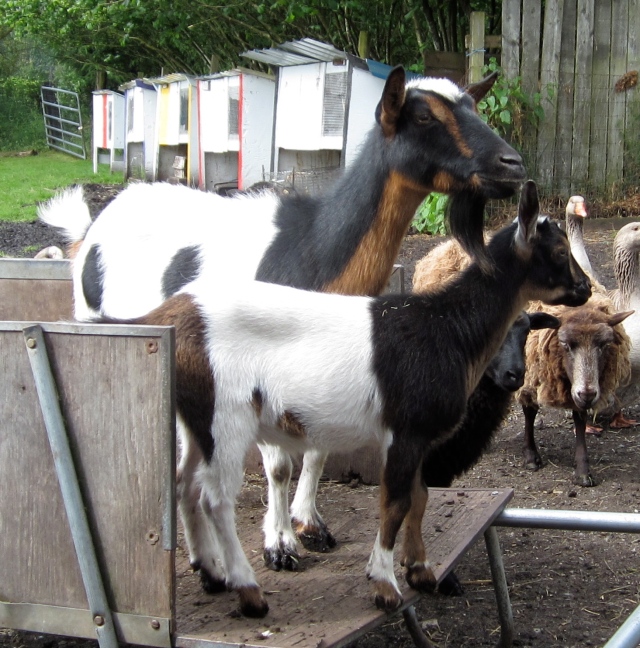 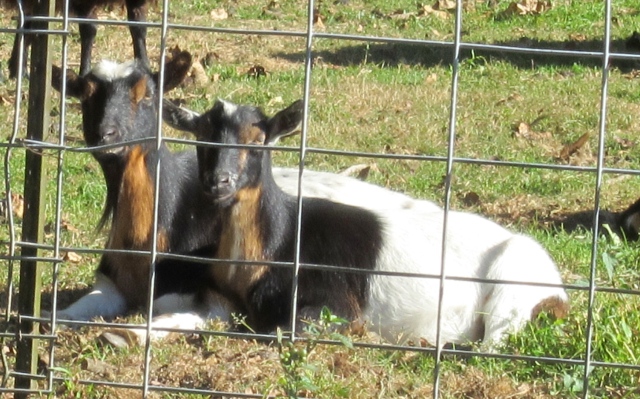 She then was able to retire. We spoiled her as best we could with wetted alfalfa pellets, grain and some bread.  She initially enjoyed hanging out on the spool in the barn, 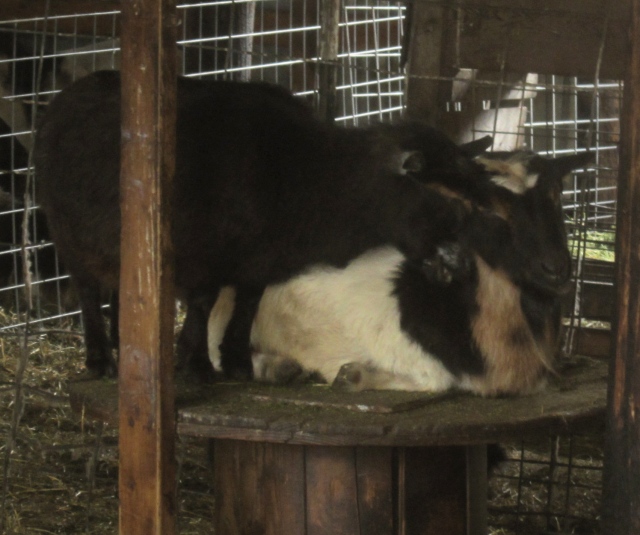 and alter in the farm cart.

Her age was obvious, and she was getting quite thin.  I did not think she would make it through this last winter, but she did.  Just yesterday she was acting like herself and ate her fair share of the bread.  But we found her dead in the barn this morning.  Rest in Peace sweet Magpie.  You will be missed.