It Is The End of Chipping

On Saturday Tom moved more of the front yard chips to the back including to the pig pen.  Today, Tom was able to get a chipper.  The second one we had last week has a destroyed clutch and will be out of commission for a while.  So Tom had to drive to Bellingham to get one.  Tom was able to chip the remaining accessible, less than 9 inch branches while I recovered from brutal night shift.  Here he is getting ready to bring the chipper back this afternoon.

So the chipping is done.  I only had to contribute about 1 hour of labor to it due to my work schedule so Tom definitely got the brunt of the work as well as my brother.  Now the repairs can start.  We do still have a large pile for burning in the donkey pen.

And another smaller one further back in the pen. 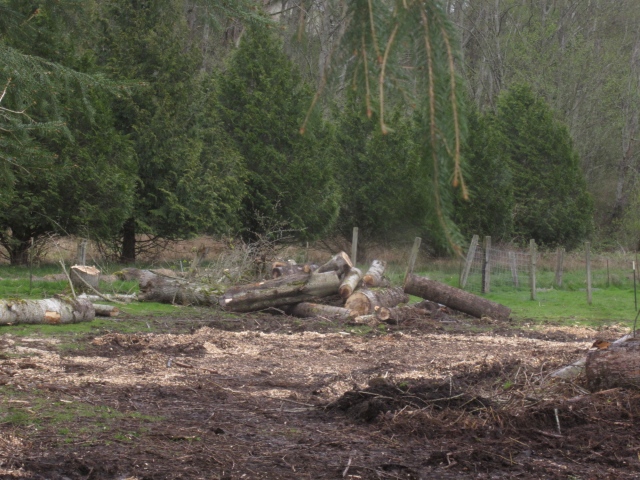 We will get a burn permit once the wood is dry enough.  Anyone up for a bonfire party?  We still have a mess of stumps and logs in our back yard. 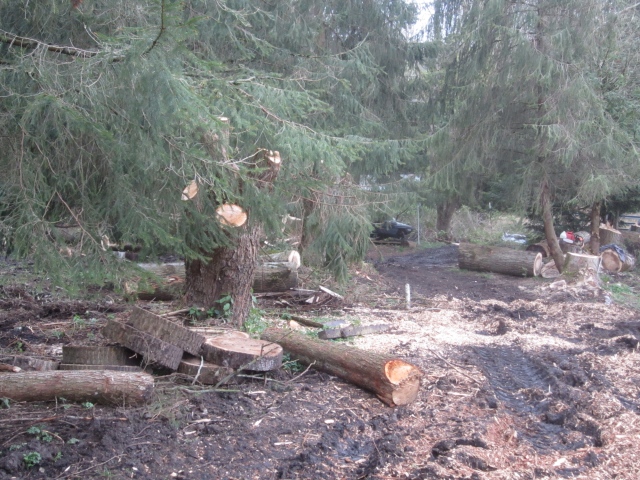 But the fenceline for the donkey pen is clear so we can put up a new fence and fix the donkey shelter.

A higher priority though is getting the pig pen fixed so we can get piglets again from John and Teresa.  We have some rounds and chips in their pen.  We will add some bark chips and hog panels.

Another high priority is the garden.  We burned the debris that was in the garden and so it is mostly clear.  Once the ground dries a little more, we will be able to rototill and put the fence back up.  The greenhouse is repaired for the time being.  This winter we will need to build a new one.  Most of the seedlings we had started survived the tree crashing on it, which is amazing.

There are still some logs behind the garden we will deal with at some point. 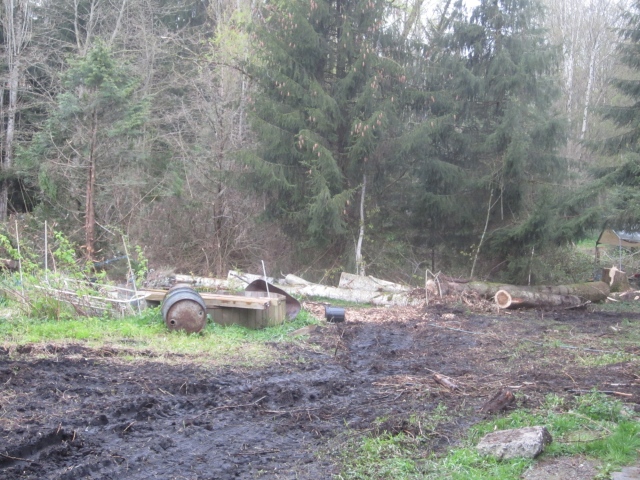 PS.  By the way we are not really feeling fine.  We are still both reeling from Bob’s sad death.  The barnyard is just not the same.  The kind words have helped though.  I do not feel like such a freak crying over a dead sheep.

2 Responses to It Is The End of Chipping