So, some of the hay loft chicks have grown up into roosters.

Some of these roosters are terrorizing our older Welsummer rooster, who I think is their father. 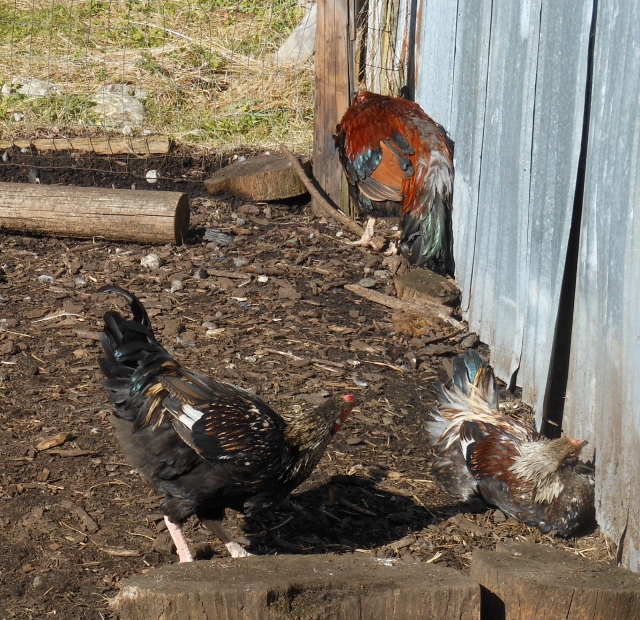 He is beautiful but mean. 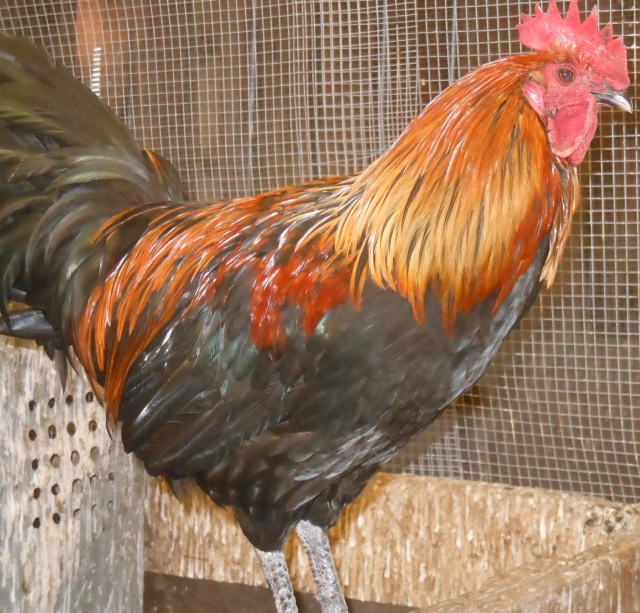 Here are the three that look like their father and one of them, at least, has been beating him up, causing him to bleed from his comb and limp. 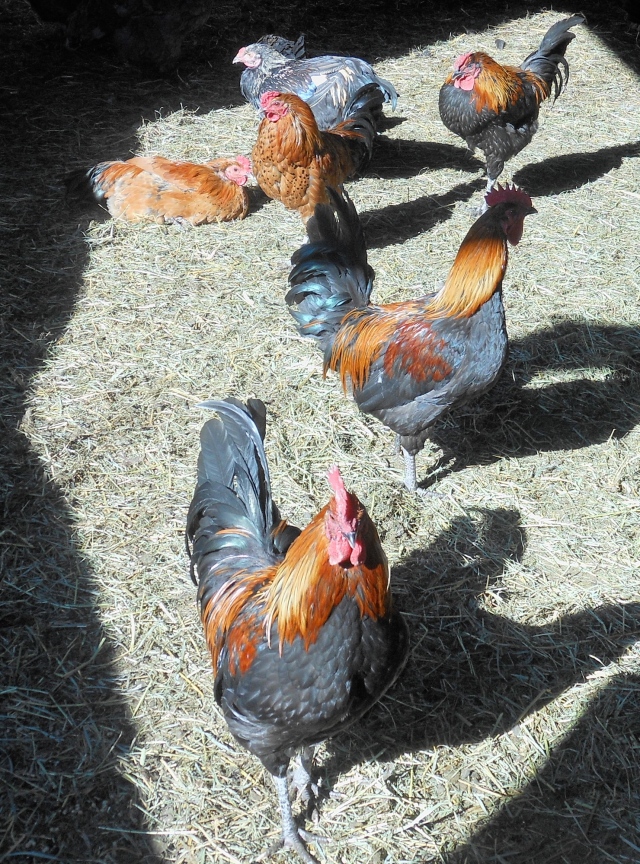 So now he hangs out in the barnyard with his head hidden. 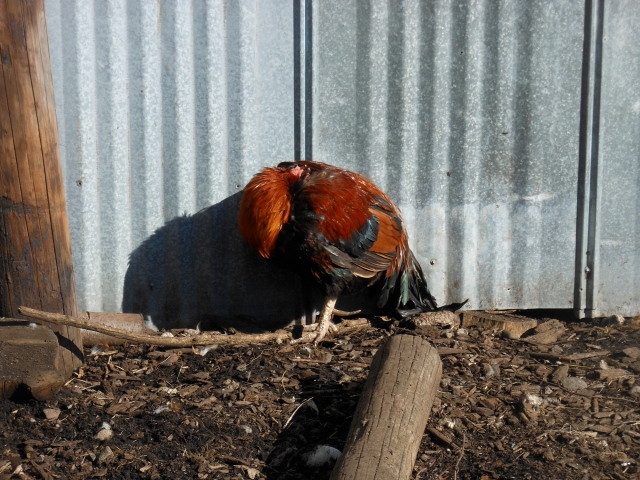 So this Saturday will be butcher day for these three red roosters.  They are beautiful, but they are beating up their father who has always been a nice rooster.  Hopefully he will recover after these three are gone. At least we will have good chicken for dinner.