Three of the hens are not doing well with all of the roosters’ attentions. I had them in a rabbit hutch but that was crowded. So this morning I put some netting around one of the barn’s pens and moved them in there. At least there is more room. 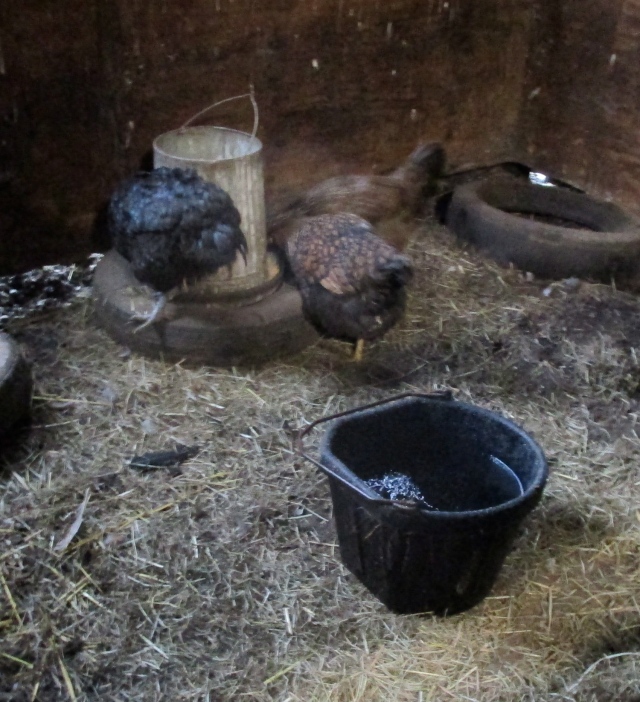 Here is the netting.  I hope no critter gets caught in it. 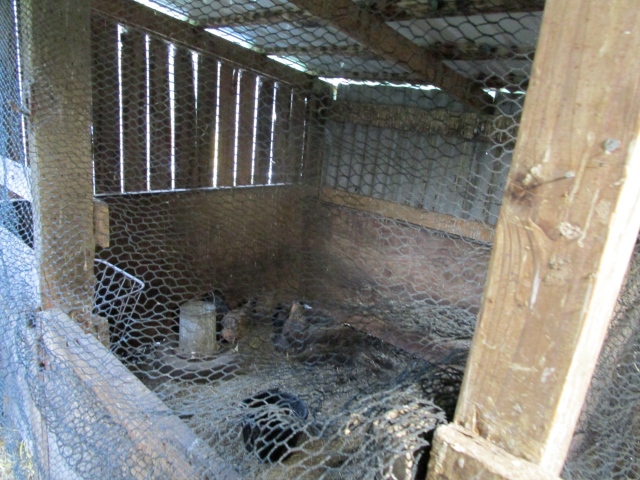 This morning I also noticed a broken peahen egg on the ground.  Initially I thought it had just fallen out of the nest, but then I noticed how dry it was inside.  Then I peaked under the chicken hen and notice two peachicks.  There are still 2 eggs that haven’t hatched.  So we are trying not to disturb them and let her hatch the other two before moving them.  Tom put some cardboard in the back of the nest to keep the chicks from falling behind the barn wall.  I tried to get photos of them, but this is the best I could do.  The flash on my barn camera has stopped working.  One of the chicks is always facing backwards so I am worried it may not be doing well.  But since I do not want to disturb her, we will have to wait and see.  The pea hen has been coming around and bugging her too.  I hope our plan works. 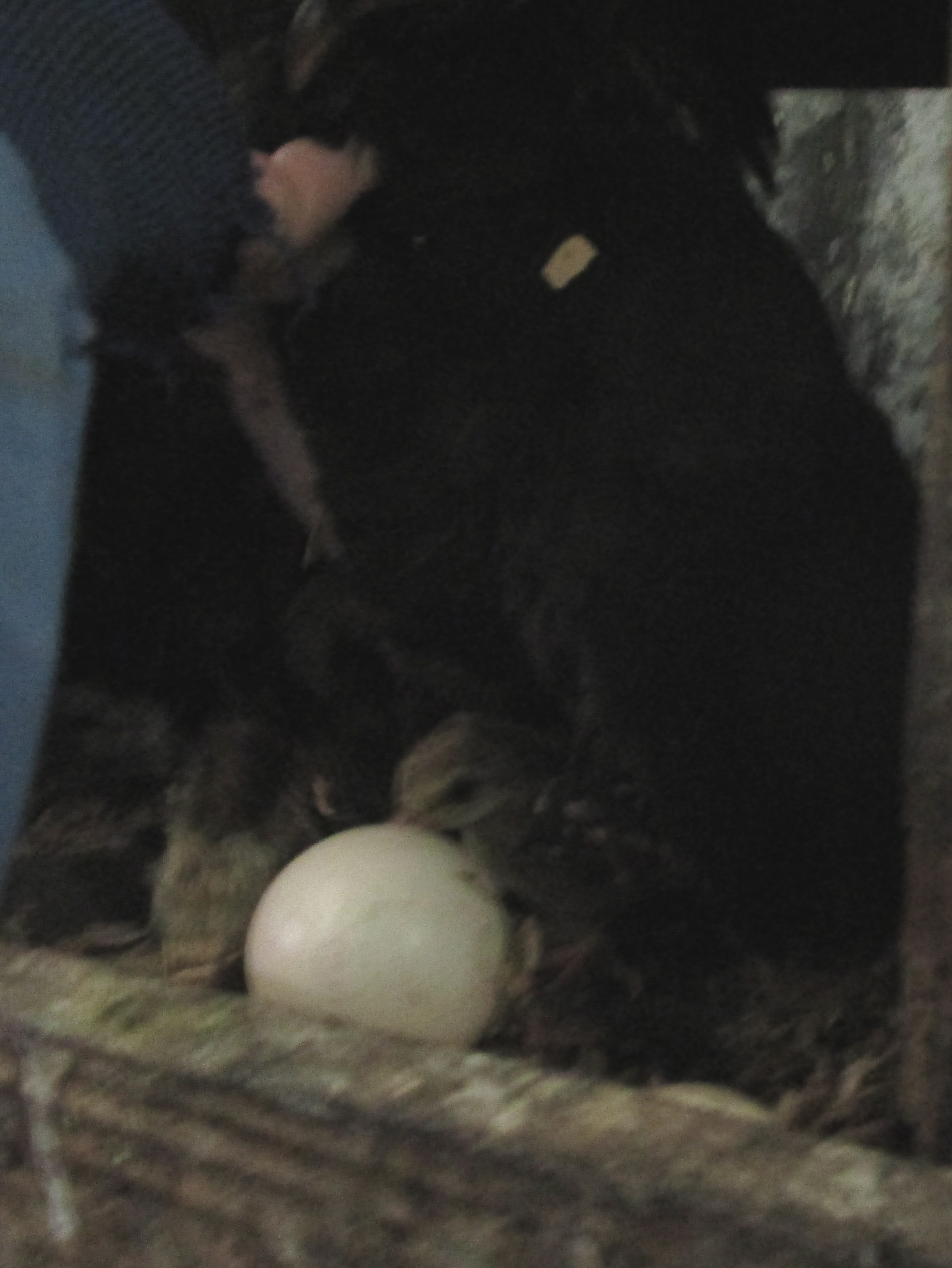 The grandkids came over this afternoon.  Unfortunately the atmospheric river predicted has hit so it is all wind and rain here.  We did go to the garage after visiting the chicks in the barn.  Piper sat on a motorcycle.  She was really cute, pretending to be riding it. 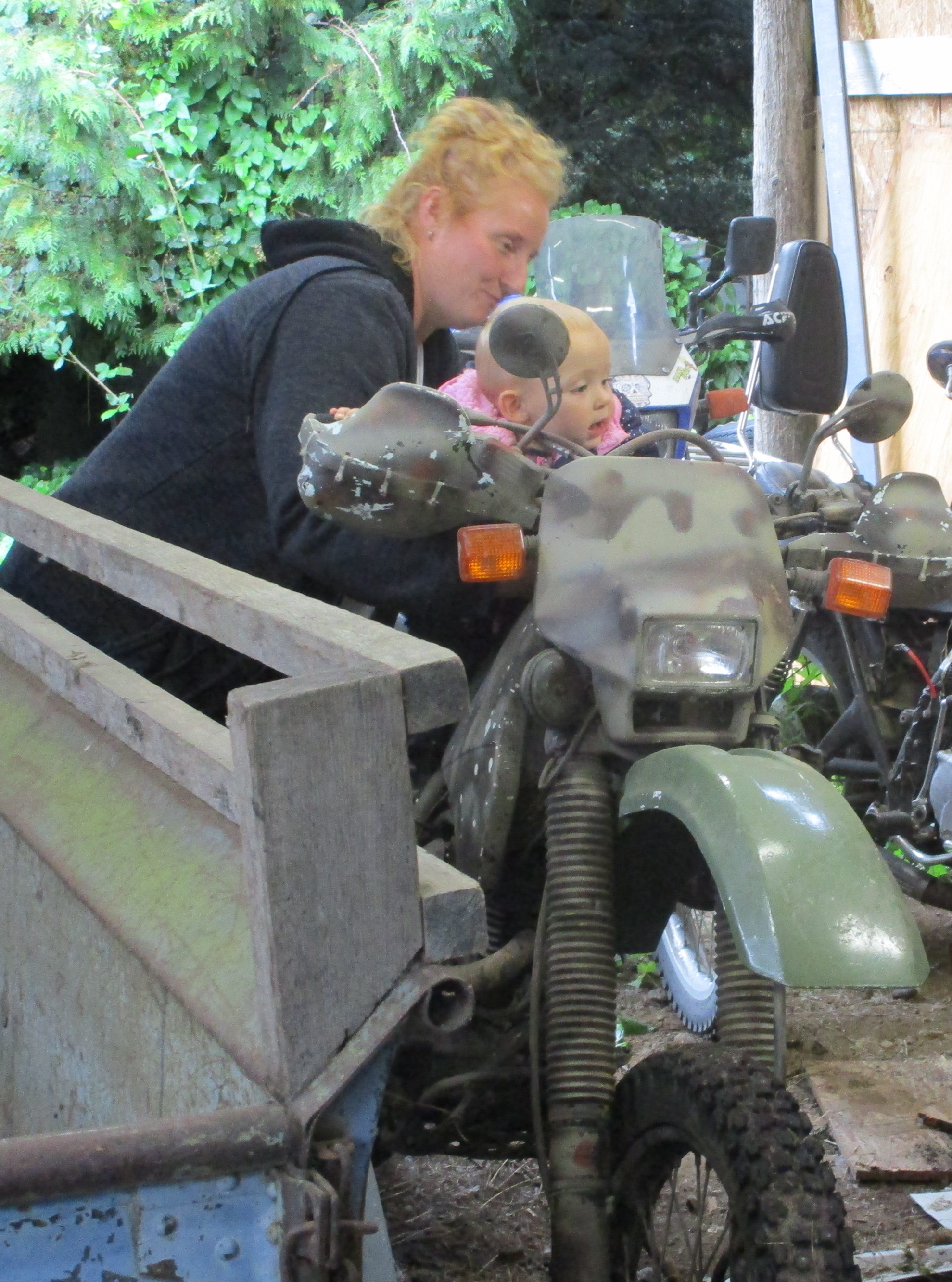 Tom tried to show William how to replace a carburetor on his quad.  I don’t think he paid really good attention.  The carb didn’t work well though which was a disappointment.  We have a new one ordered that we are waiting for.  Then we can get the quad rolling again.  Today was not a good day for riding but try to tell an almost 6 year old that. 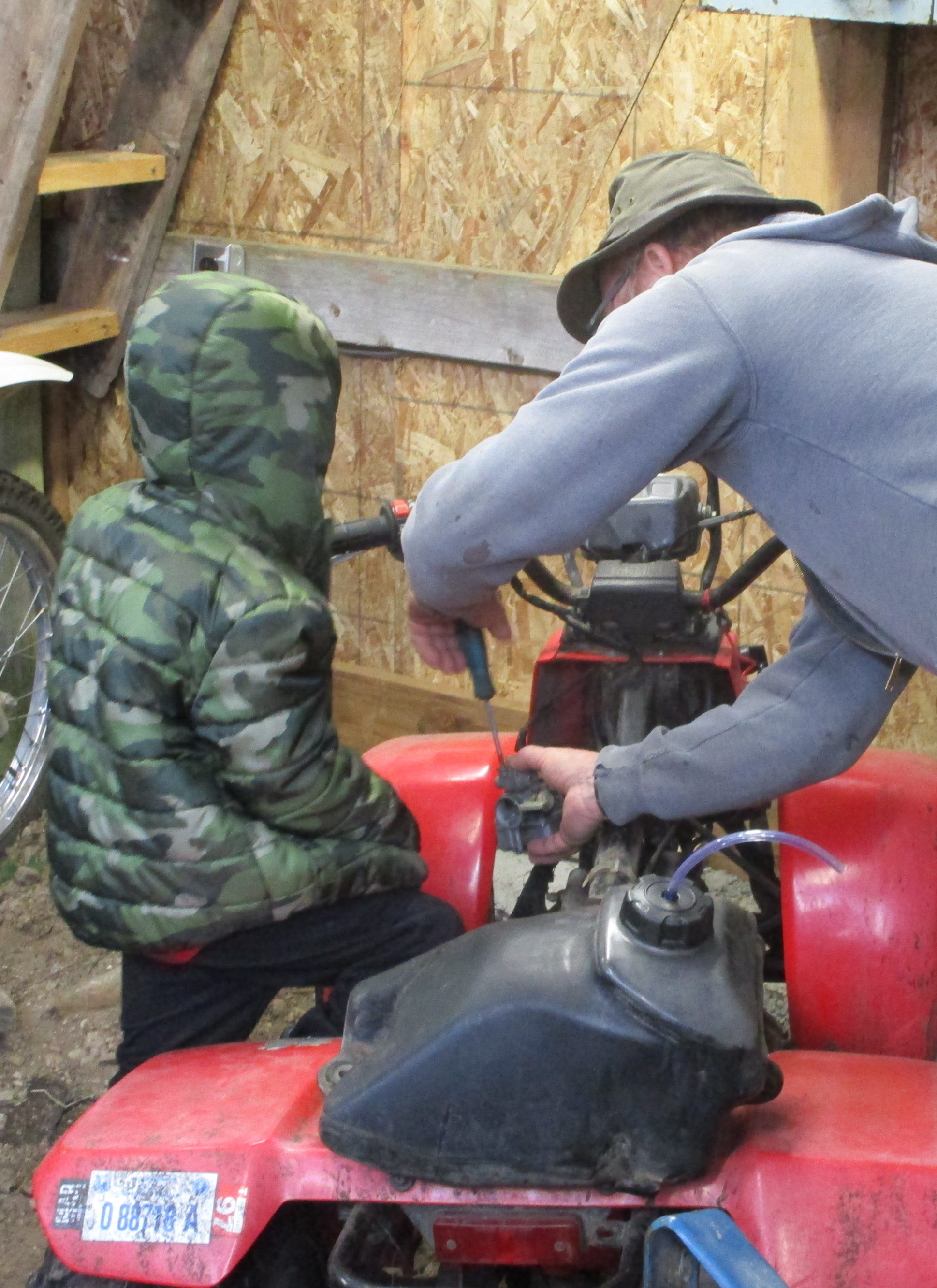 He went to sit on the Honda 50 to see if he is tall enough yet to ride without training wheels.  He thought he was getting close, but he has a least 6 inches to go. 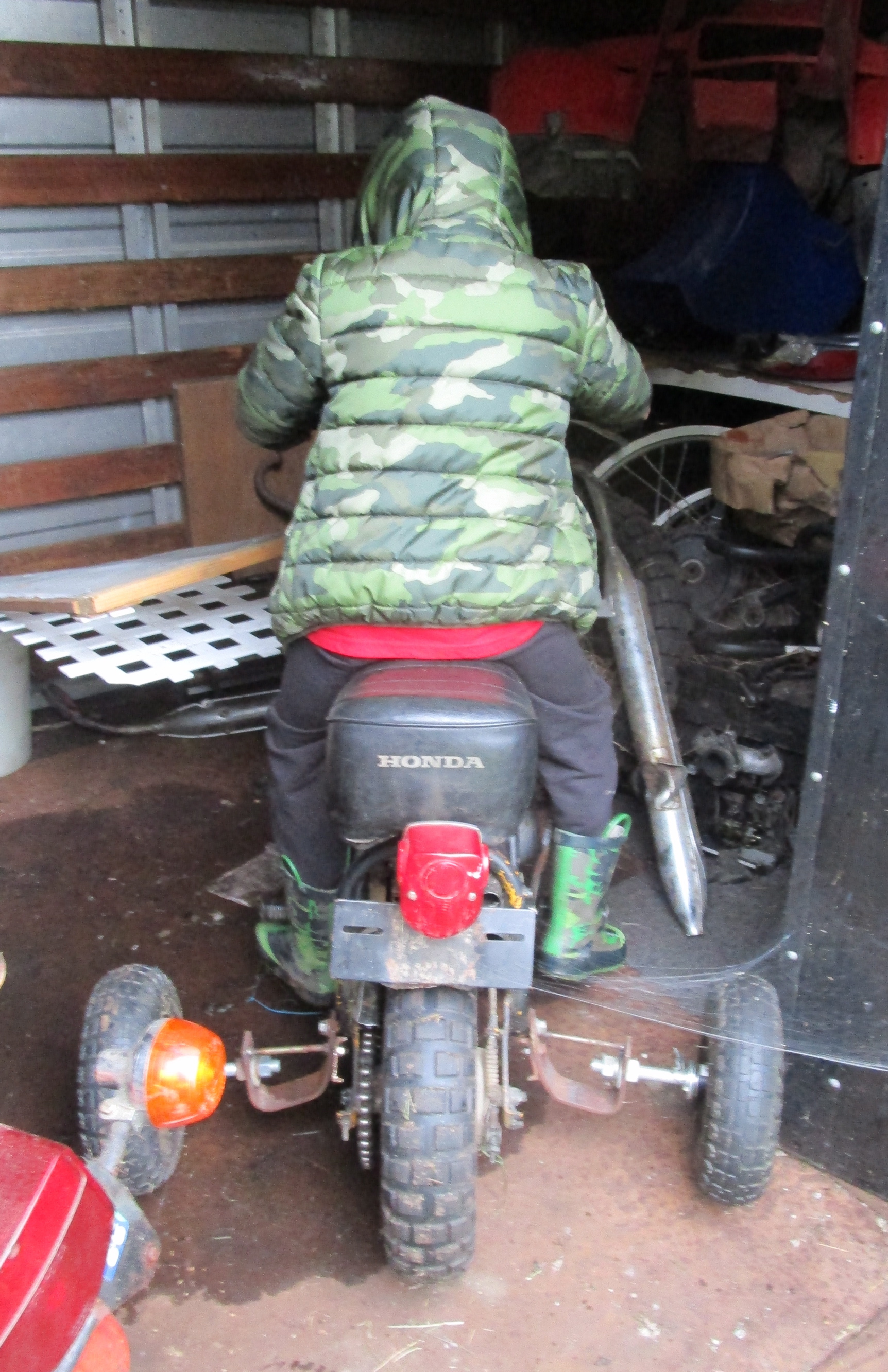 So we ended up making homemade ice cream, put jig saw puzzles together, and tried to get the remote controlled truck to work (the batteries needed charging). It was fun, but he didn’t want to leave. Which was sad, but he has remote kindergarten in the morning so had to go. We will get the new carb on the quad and the truck’s batteries charged for next time.