So yesterday afternoon I was walking in the backyard between the house and the trailer when I heard what sounded like a gun shot coming from the front yard.  The dogs were not reacting so I guessed that it was not a gun shot so headed toward the front.  As I was walking I heard another shot and then noticed a large spruce tree toppling over.  So today Tom got to deal with the mess.  Here he is hooking up the tractor to the portion that fell to drag it away. 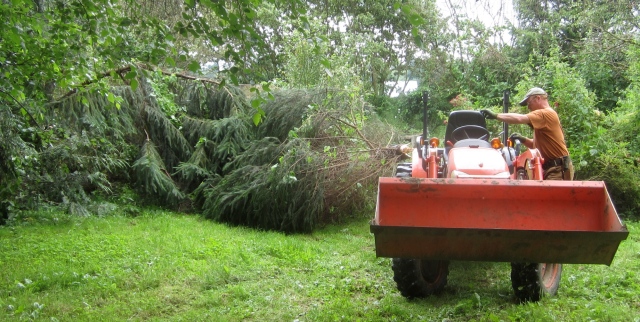 Here it is after being dragged to the back yard.  You can see how big it is.

The weather was perfectly calm when it fell, but I had assumed the recent rain on it, the amount of growth and perhaps the morning glory was just too much weight for it to handle.  But on closer inspection, I think it was the weight of the cones that got it.

Here is the destruction it left behind.  It had fallen on the crabapple orchard and toward out blueberries.

One crabapple tree is on the ground and another lost a big branch.  These crabapples are precious to Tom so this is a big loss.  It did narrowly miss our blueberries which are under netting and almost ripe.

One thing we did not realize is that when Tom was dragging the tree through the yard, he caught a garden hose.  It ended up busting up our pump house faucet.  So even more time is needed to fix the damage rather than the farm chores we had planned on accomplishing today. 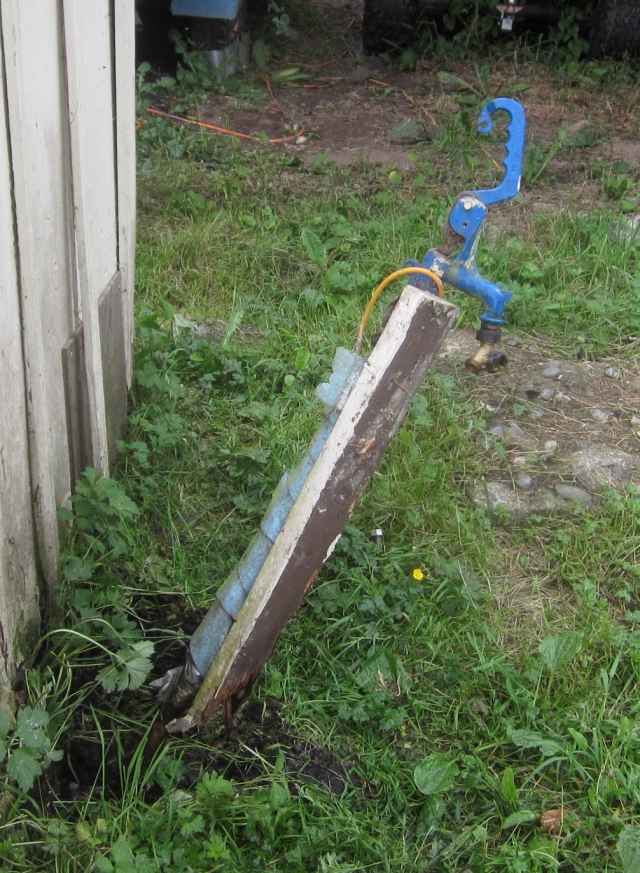 But we are going to take a break tonight.  we are going to visit my aunt Darlene and then have dinner at the Scotch and Vine where hopefully we can see the dance floor from the Spanish Castle.