So 20 years ago today I received my first shipment of chicks.  These are the first farm animals I have ever had or even been around.  This is a major event in my life because it started my entry into the rathole that is farming.  Here are some photos of the chicks on that first fateful day.

And here is the original invoice for my purchase. 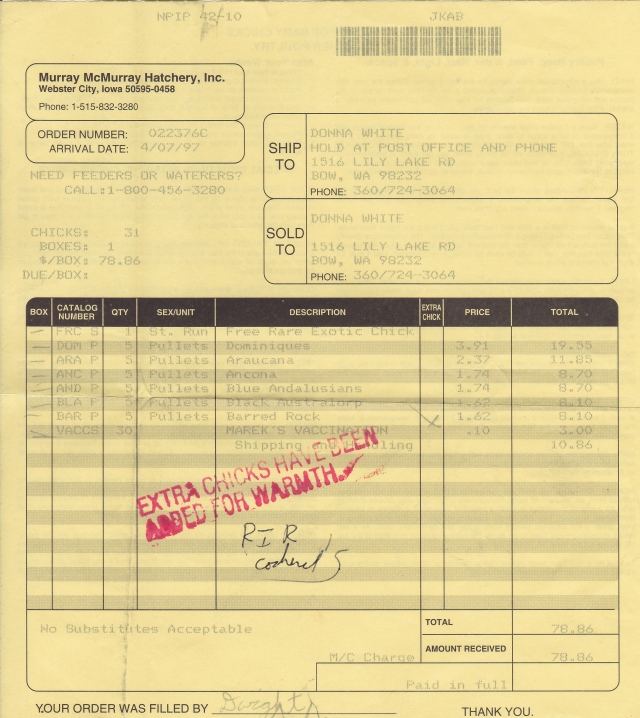 So I took an insane number of photos of these chicks.  I took photos of each breed weekly to show their growth and development.  Here are just a small sampling of some of the photos I took.

You will notice on the invoice that chicks were added for warmth.  When the chicks arrived 4 of them were dead (which is unusual in my experience) and I subsequently lost three.  But that left me with 14 Rhode Island Red roosters that summer.  So as a vegetarian, animal-loving, newbie farmer I had a problem.  So I made the hard decision to give them away for free.  When people came and shoved them head first into pillowcases, it was hard to imagine they were going to a comfy home.  But the remaining chickens got to live relatively nice chicken lives in their chicken coop that they rather quickly had to start sharing with ducks, geese, goats and then sheep.

So wish me a happy chickeniversary.  Now I cannot imagine how I could live without them.