Today is my 20th goosiversary.  I received my first goslings on this day in 1997.  Above is the photo of them.  Like with my chickens, I went crazy taking too many photos.  Here is photo of them a little bit older.

and a little older yet.

I got them thinking mistakenly that they would eat slugs.  They do not eat slugs.  I even tried mixing slugs with grain to try to get them used to it.  So it turns out they were no use to me, but I have had them in my life ever since.  Here are the first geese grown up.  There are four Toulouse and 3 Pilgrim geese. 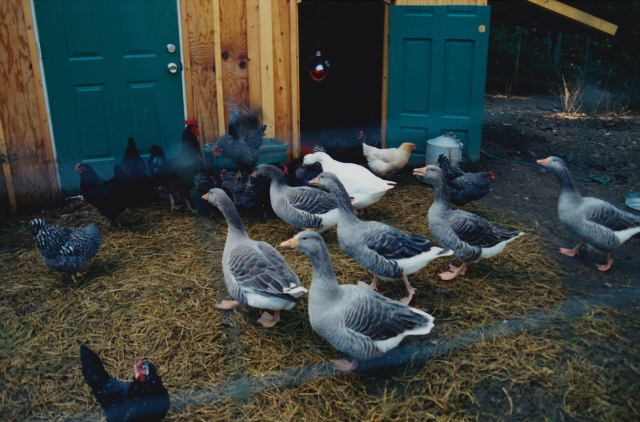 goslings all grown up with Honky in background

I had one of my first heartbreaks of farming when in April of 2000 I was tired from work and forgot to lock them into the barnyard.  My favorite Sweetpea went missing that night, presumably eaten by coyotes.  Geese are pretty tough though.  We lost 2 geese in 2004 after we moved but it is rare for a goose to die.

We did hatch 9 goslings after we moved to our new farm and here they are, a mixture of Toulouse and Pilgrim geese. 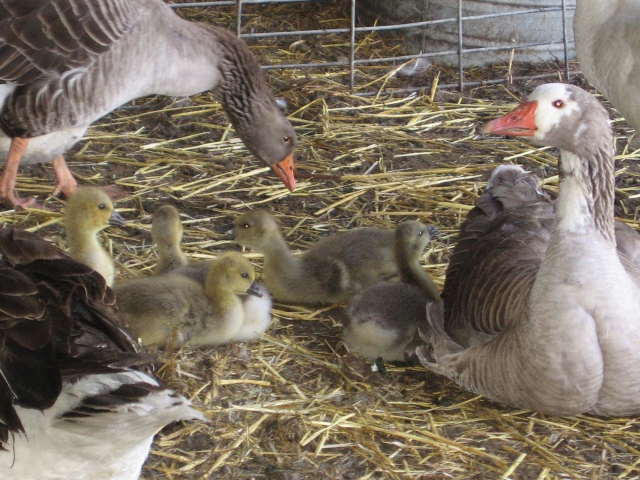 Honky, my original white male Pilgrim goose, died in the cold weather in 2008.  You can see him in the preceding photos.

They do great in cold weather (unless they are old):

They guard the inside of the barn:

They patrol the barnyard:

They have amazing feathers:

They have amazing necks:

They have huge (and tasty) eggs:

They do not mind flooding: 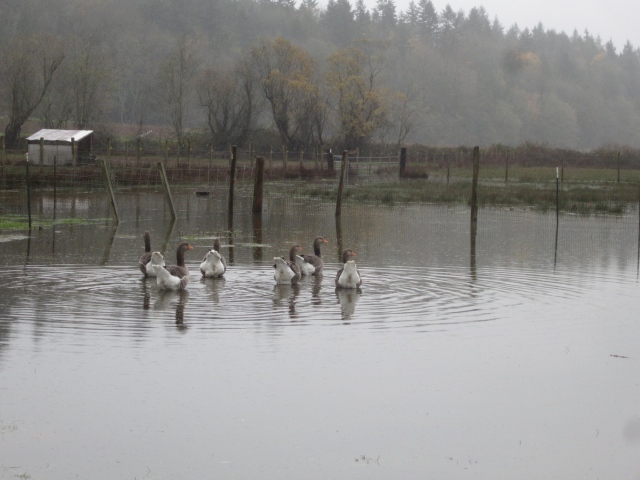 And they fight off bald eagles trying to eat our chickens:

So, all and all, I like having geese round.  They are loud and annoying, but they also make me smile and defend their barnyard.  They seem to live forever and mostly eat grass.  So I cannot complain about my 20 years with geese, even if they do not eat slugs.