I have made root beer before using recipes from wellness mama’s and nourished kitchen’s.

But I have long wanted to make hard root beer. I looked at Mother Earth News but decided instead to use Saveur’s. I added 3/4 teaspoon of wintergreen and fresh birch bark from one of our trees. I used 1 cup of sorghum molasses I brought back from Jackson, TN and 1 cup of regular molasses. The vanilla bean was surprisingly expensive to buy in the store. Here is the concoction cooking.

Once it had cooled I added Lalvin EC1118 yeast to the strained liquid and put it in a 1 gallon carboy.

The yeast then went crazy on the molasses. I should have made a video.

When the fermentation slowed and the SG was 1.018 I bottled it adding some honey to each bottle. I put the bottles in the fridge 3 days ago.

And today I had my first cold hard root beer this afternoon after a long long of animal chores and gardening. 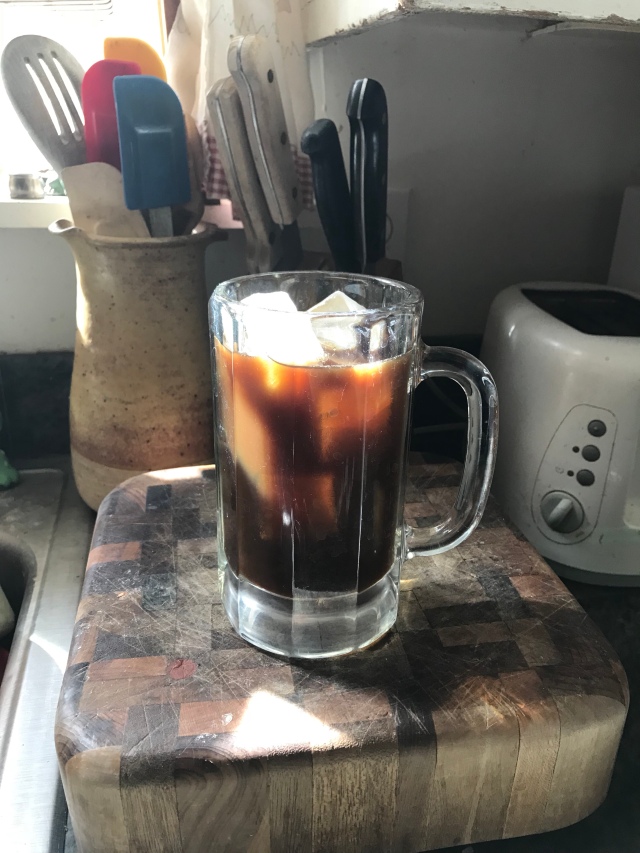 It was good. You can definitely taste the molasses but not the alcohol. Tom thinks it tastes more like sarsaparilla than root beer. Either way I like it.

I also started a batch of Sima today so it will be ready for May Day or Vappu as the Finns call it. I used the spruce’s recipe again. Here it is cooking up. 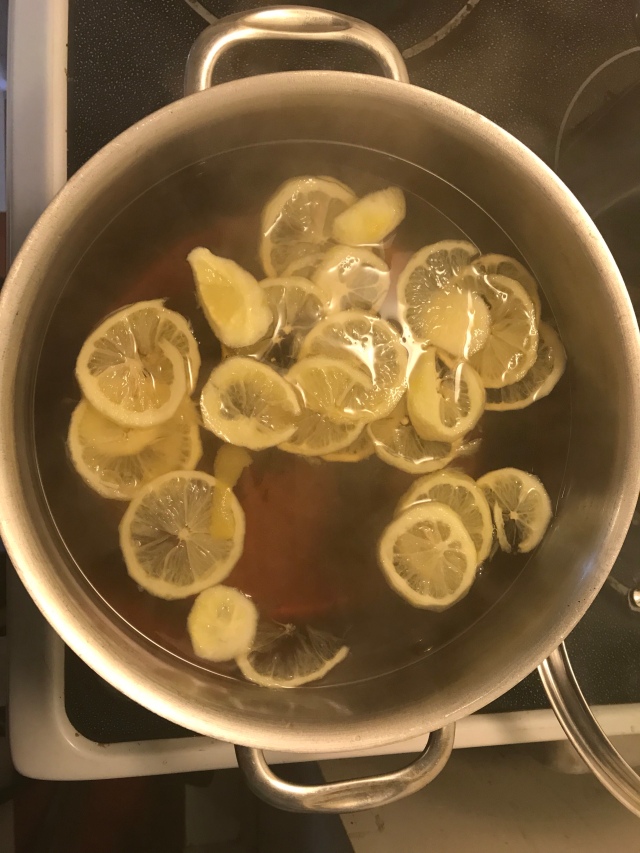 This entry was posted in Recipes- farm. Bookmark the permalink.