This morning I found our Welsummer rooster dead.

I love Welsummer hens so thought adding a rooster might be a good idea.  He grew up into a handsome and well-behaved rooster.

He protected his harem and never caused any problems.  And I loved his eyebrows. 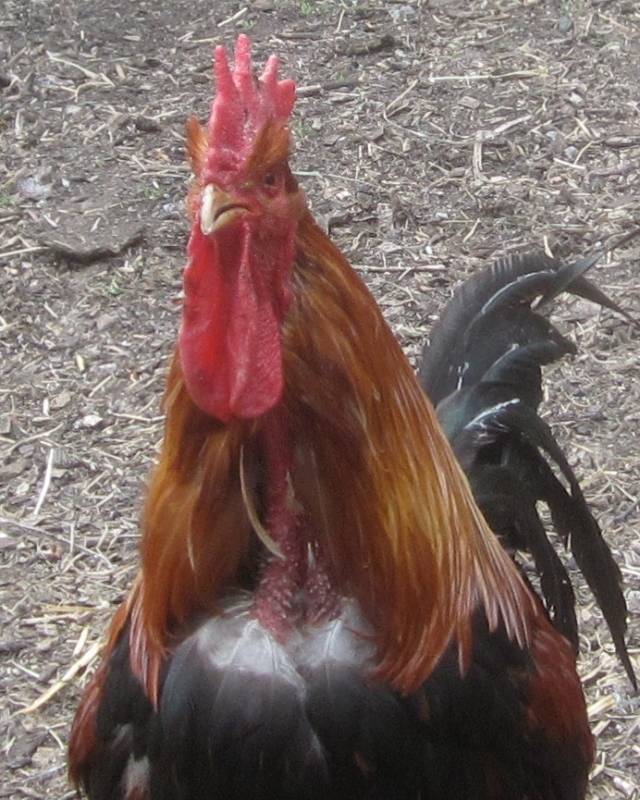 He started getting harassed by younger roosters though but would recover when they went to their freezer graves.

Ever last month he had bounced back from the young roosters we then butchered.  He started crowing again and had reestablished his harem.

Just yesterday he was looking good. But this morning I found his head all bloodied and trapped at the bottom of the ladder to the hay loft.  He was obviously killed by something that did not want to eat him and just attacked his head.  I suspected the young red roosters.

Then they chased the nice rooster and then a hen.  Finally one of them viciously attacked the nice rooster (son of the Welsummer) in front of Tom.  Next thing I knew Tom was heading to the barn with a gun.  Three hours later, here they are:

It changed our plans for the morning but was worth it.  No other chickens have to die due to these mean roosters.  Hopefully there will be peace in the barnyard again.  I do feel bad we had not done this earlier, and we lost a great rooster because of it.  But we have his son who will hopefully take his place.