I had another pig’s liver and wanted to try to make this.  The first step was grinding the pig liver, lean pork and some fat.  When I made the failed liver pate, I used my rendered lard for fat, and it seemed to all leak out.  So this time I cut some fat off of a shoulder roast for the fat but added a little lard too.  After each was ground, I added chopped onions and seasonings and ground it again: 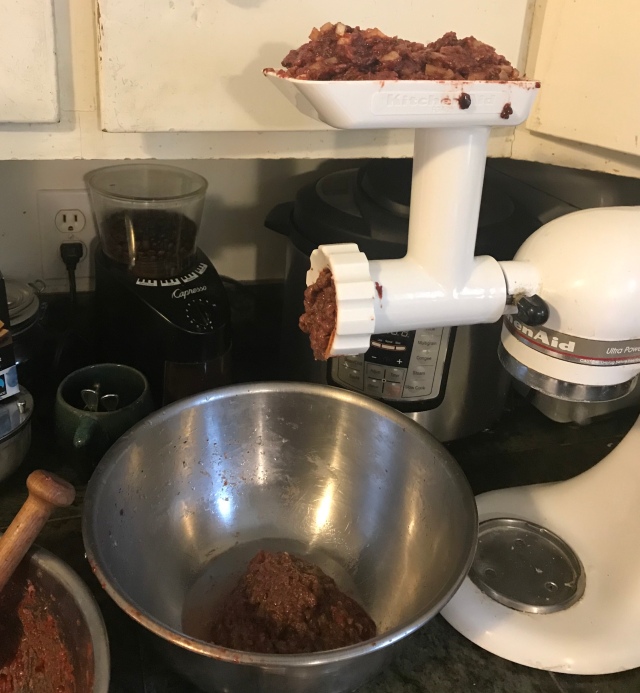 This happened twice and then it was simmered in a sewn muslin tube for 3 hours.  Here it is after the simmering. 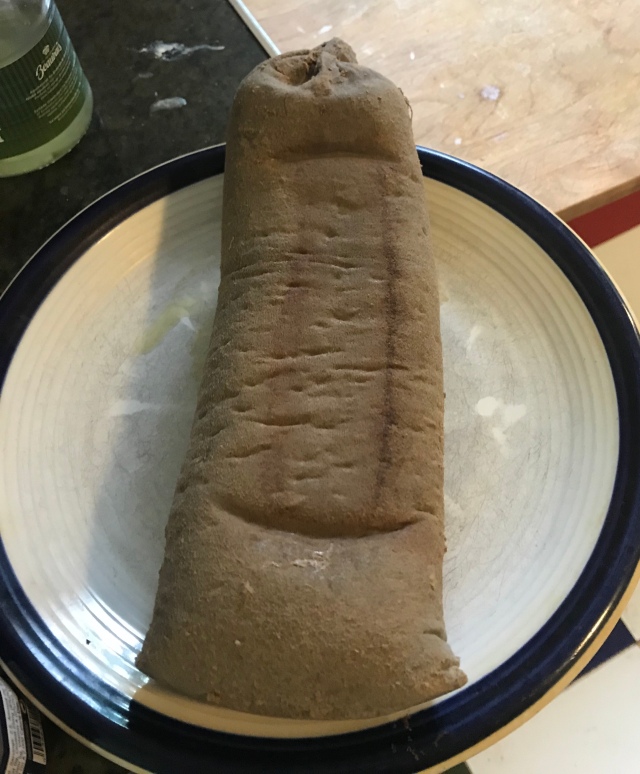 It sat in the fridge overnight and I took it out and cut into it at lunchtime.  It was a little crumblier than I hoped for. 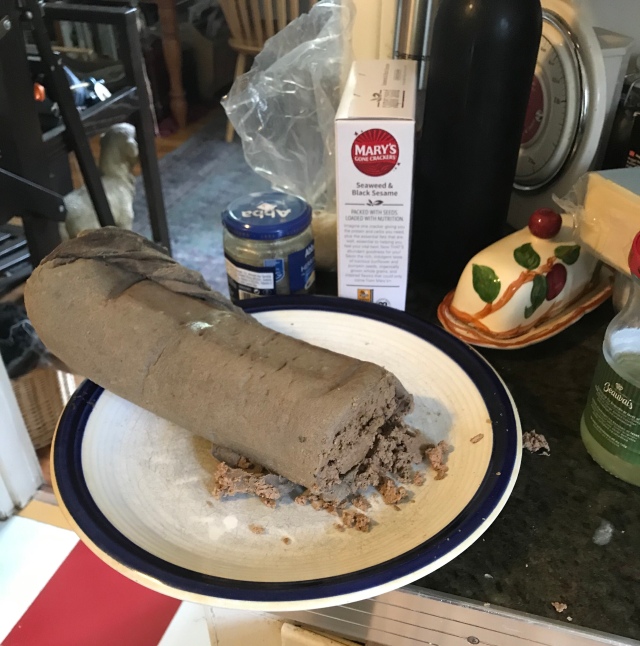 Different sites suggested serving it with mayo or mustard and onion or pickled onions.  So I grabbed some mayo, Swedish mustard, my homemade bread and butter pickles, and my homemade medieval mixed pickles.  Plus I bought some Mary’s cracker.  I did cut up some Swiss cheese in a wimpy move in case it was inedible.

But it was actually really good!  I loved the onions and spices in the liverwurst, and the fact it was mixed with some lean pork helped cut the liver flavor.  The Swedish mustard and the pickled vegetables were really good with it.  The crackers were perfect.  So it turned out I like liverwurst!

P.S. If you are interested in my medieval cooking, go to https://feastsoficeandfire.wordpress.com/

This entry was posted in Farm, Historic recipes, Recipes- farm. Bookmark the permalink.