The theme of today’s post is white stuff.  Yesterday I started rendering lard, since we had run out.  I decided I wanted to use my Instant Pot if possible so found this site which was helpful.  I grabbed one of the 2 bags of lard that the butchered had given us from our pigs. 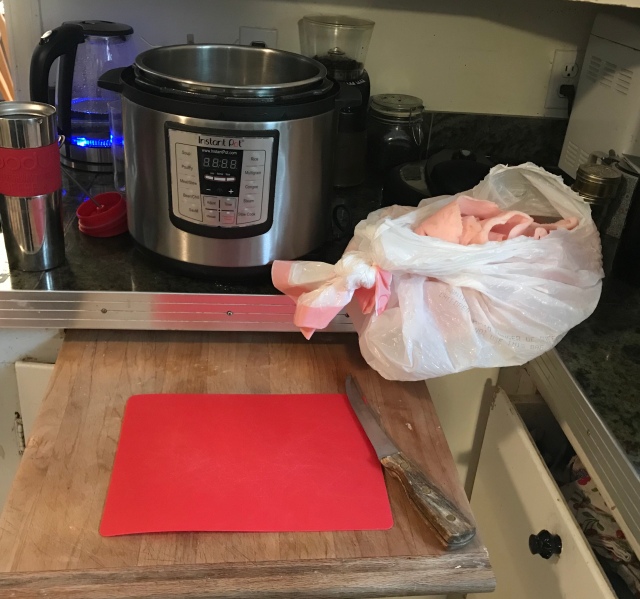 I chopped the lard into 1/2 – 1 inch chunks and put them in the Instant Pot. 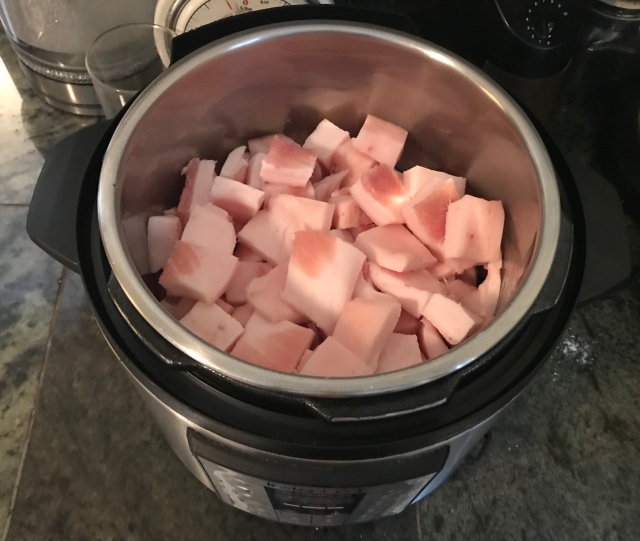 It turned out that it seemed like I needed 1/2 cup of water rather than 1/4 cup to get it up to pressure.  I used the manual pressure cooker setting for ~2.5 hours.  Then I got my first batch of lard.  I then sautéed the cracklings.  Here is the results of the first batch. 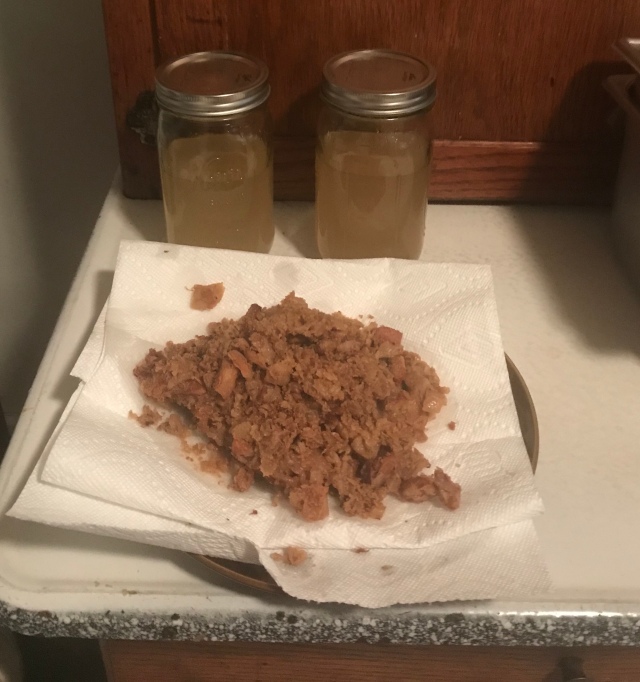 I then did a second batch to finish this bag.  Last night we got 2 more inches of snow and this morning we were at freezing temperatures again.  From the 40 degree weather we had yesterday, the snow on the roof on the garage is starting to sag down. 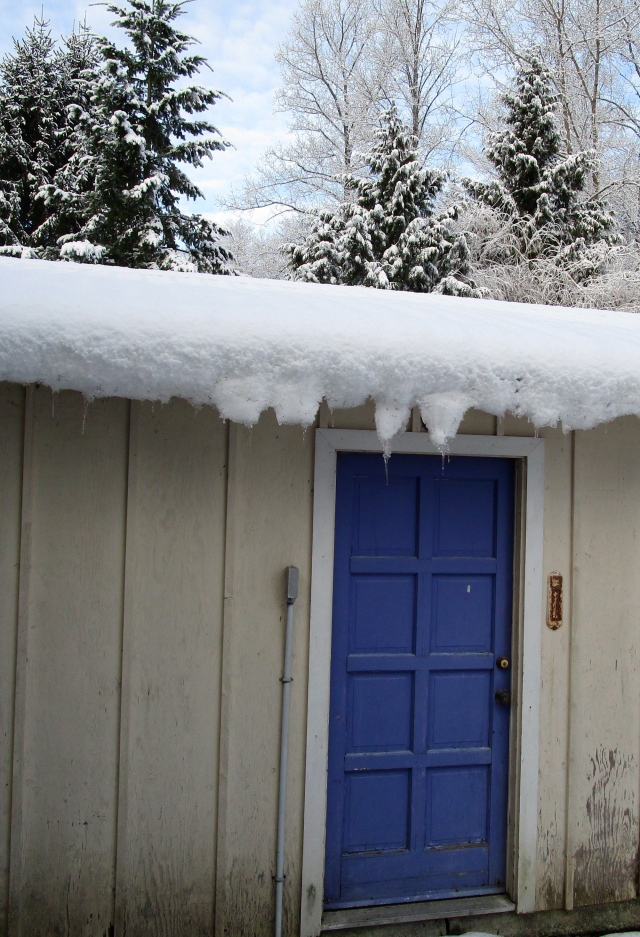 Thanks to Tom’s tractor work and some melting the driveway is not as deep as it was, but there is still compact snow and ice on it as well as on the road.  This morning all I saw on our usually busy road was a smattering of 4WD vehicles moving slowly. 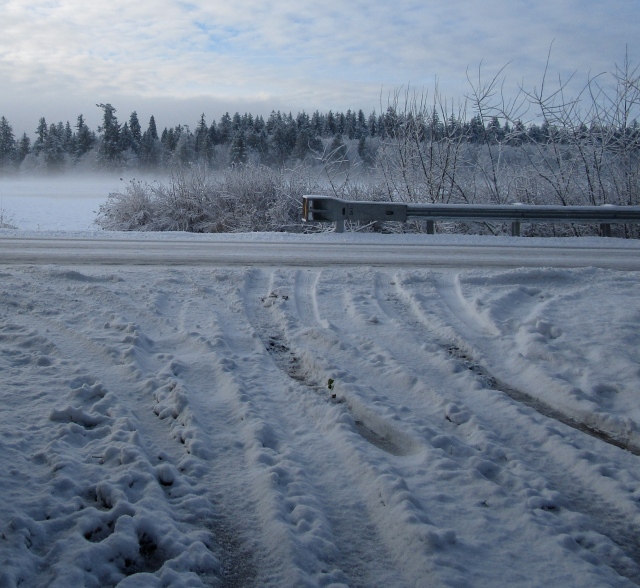 This is my car.  There is much less snow on it today compared to 2 days ago. 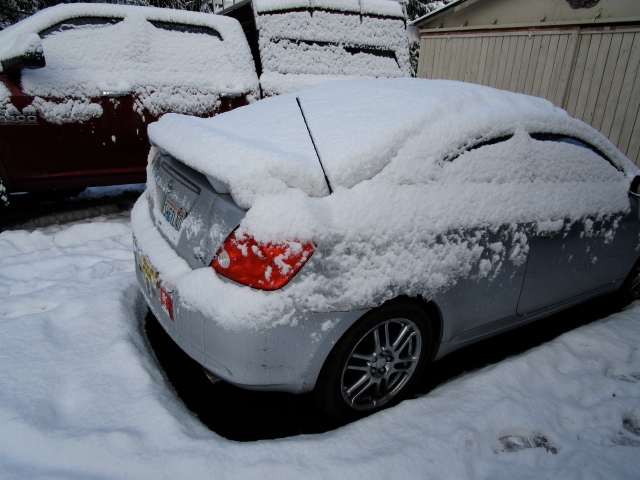 Today the sun came out, and it made the snow on the trees look pretty. 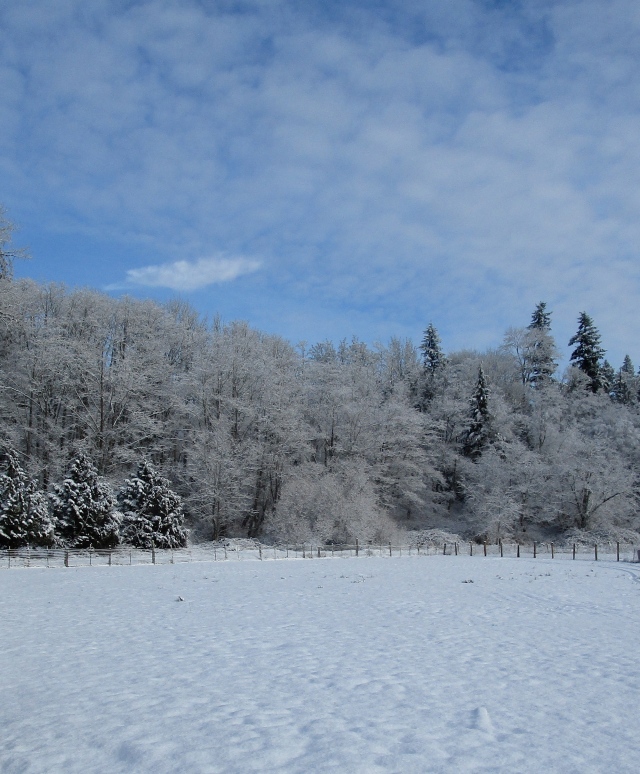 I waited until noon to see if I could get my car out of our driveway.  This is because I was supposed to join my mother to see the Seattle Symphony this evening.  But my car got stuck  in the driveway and just spun its tires there.  So I sadly had to cancel.  Plus the prediction is for lots of 36 degree rain tonight.  Since the forecasts have been underestimating our snow here all week, I am skeptical that this will be snow instead of rain.

I did finish making the last bag of lard today.  The fat from frying the cracklings from yesterday is on the left, the most recent and warm two jars of lard are next, then the three jars of chilled lard I did yesteryear.  Finally the cracklings from both days are on the right.. 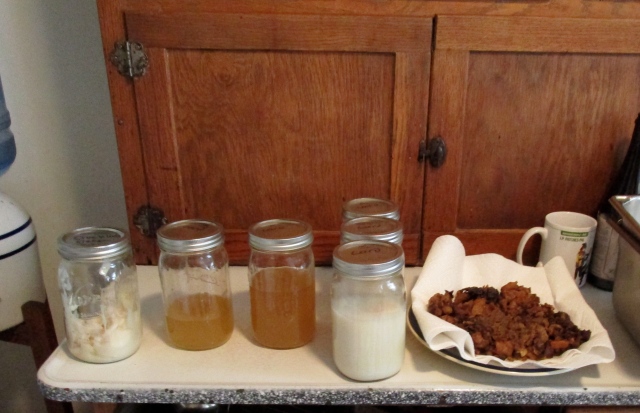 Although I did a much better job of frying the cracklings this time to the point that they are crisp, I am still not a fan.  So I will freeze them and slowly dole them out to Steve who will love them as treats.  Here is a close-up of the lards. 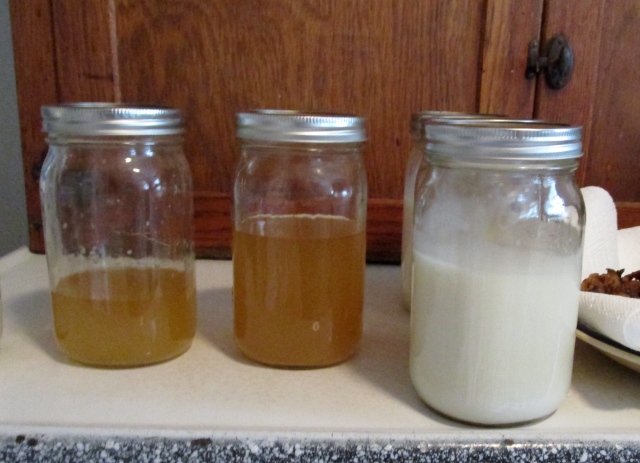 This evening I did try to console myself with a Downton Abbey cocktail. This one was a Boulevardier which is equal parts of bourbon, sweet vermouth and Campari with an orange twist. 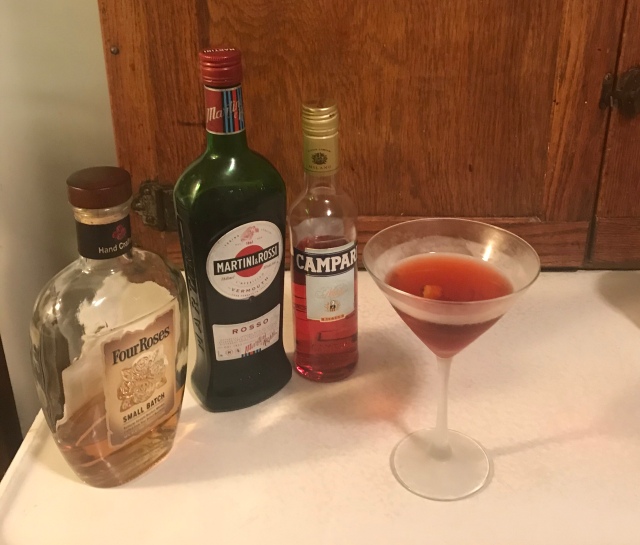 This is the opposite of white. The Campari still has an odd and bitter flavor which I am not sure I like. But it is festive which is nice when it is dark and cold outside.

This entry was posted in Farm, Recipes- farm. Bookmark the permalink.

5 Responses to Lard and Snow