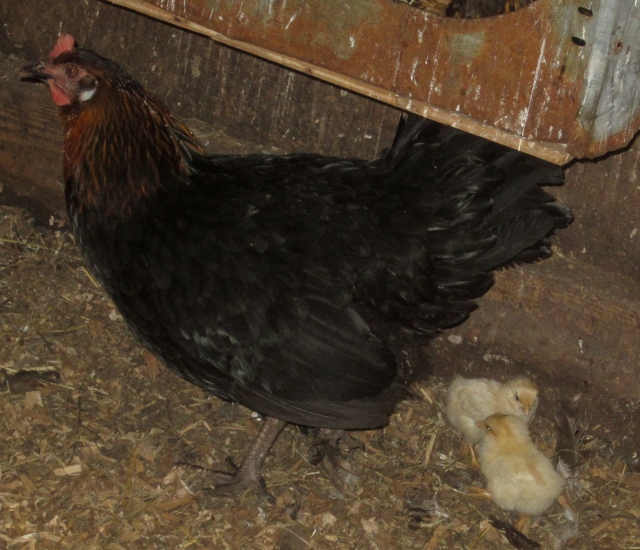 So the little light yellow chicks are now in the chicken pen with their presumed mama.  This is not a good place for them as there can be predators and it is dirty.  I tried to catch the mama, but she did not allow this.  So I caught the chicks and moved them to the feed pen and left the door open hoping she would find them, which she did not.  I still could not catch her, and they were getting cold.  Finally there was a downpour, and she moved into grampa’s shed with netting over it, and I was able to catch her in the netting and move her in with her chicks.  They should be safe now.

There is another hen sitting on the nest under the sheep feeder now.  There are chicks under her I can hear but not see.  So we are going to have three separate groups of chicks to take care of.  This should be interesting.

There are also nests of swallows, sparrows, starlings and presumably hummingbirds.  Every  nest box is full, and every farm building has nests in it.  It is a bumper year for chicks! 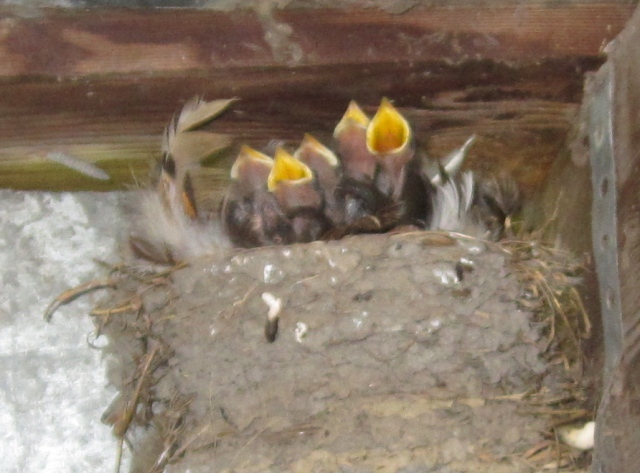 This is just  sad photo of the donkeys outside of the barn when it started to rain.  I did let them in. 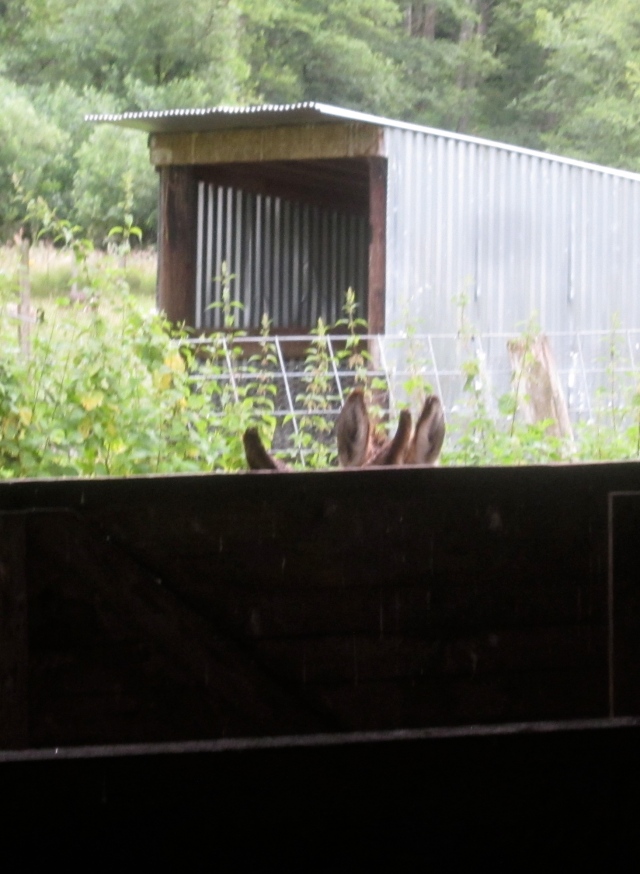 3 Responses to Even More Bird News