So, I have a week off of work.  Yesterday I decided to tackle the over-abundance of Weinlander pole beans in our garden.  I picked them and then canned 20 quarts of them (one broke).  I do not think I have ever canned that many beans before at one time.  I was up until 12:30 in the morning doing it. 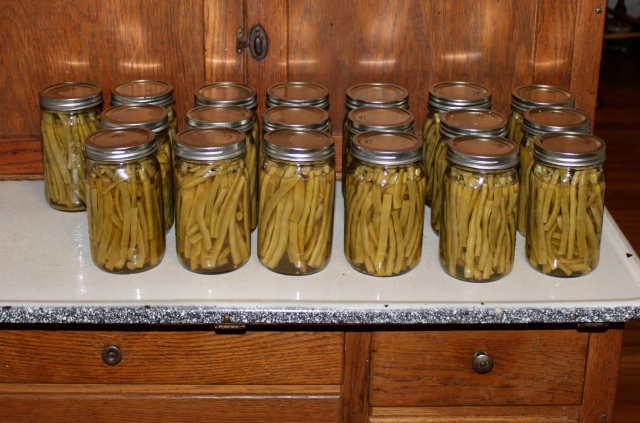 I had to come up with a quick dinner that did not take up too much stove or kitchen space while I was in the throws of bean canning.  So I chose a new recipe for me- White Beans with Kale, Chard and Eggs.  I had all the ingredients in my cupboard or in my farm (swiss chard and eggs).  It was easy-peasy and yummy. 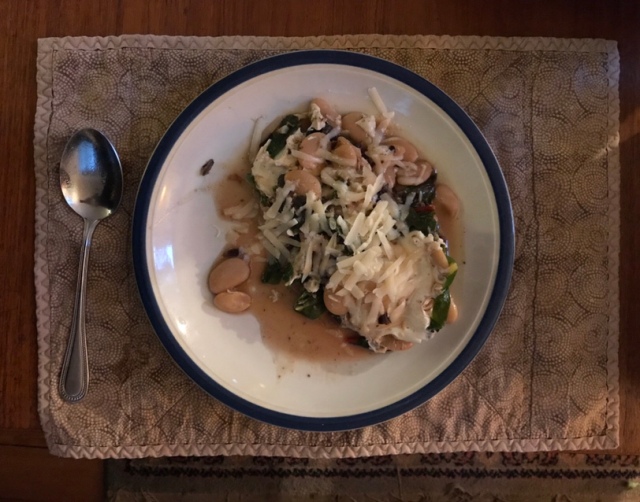 Today I decided to move one of the hay loft hens and her chicks to a barn pen to give them more space.  I was attacked by the hen in this process, and she escaped.  She almost got my eyeball in her violent but misguided defense of her chicks. 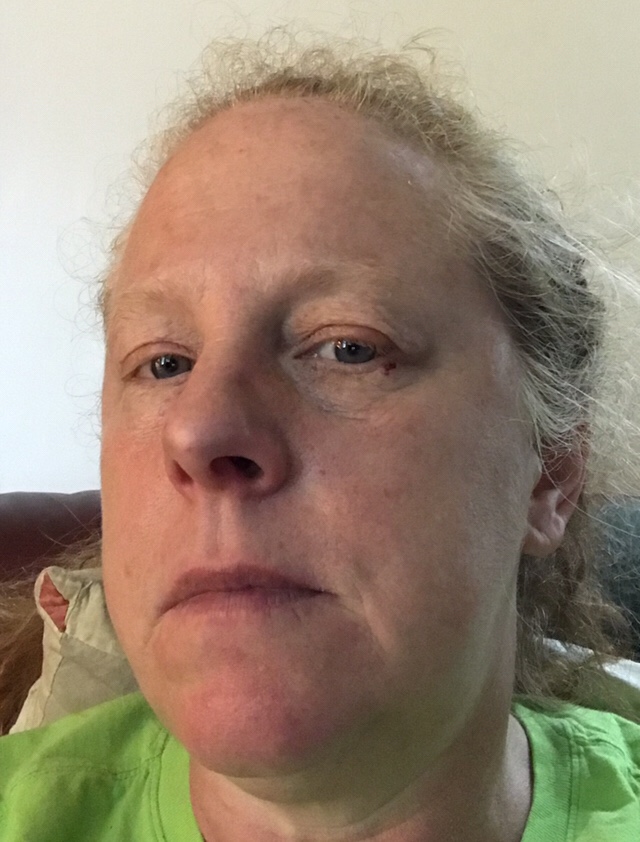 I moved the chicks but could not catch her, and she did not seem to want to return to them.  So I set up a chick warmer for them, and they seem OK.

Then I racked 10 gallons of plum wine while I watched the Seahawks lose to the Broncos.  Nice vacation so far, huh?

This entry was posted in Farm, Recipes- farm. Bookmark the permalink.