So I had wanted to make pot pies with the leftover chicken for dinner last night.  I usually make the filling for me and use some of it to make small pies for Tom.  I decided to look at many of the old cookbooks I have for recipes.  Some I have purchased over the years and some I inherited from my grandmothers.  All of the chicken pie recipes I could find in these cookbooks just have chicken, gravy and crust but no vegetables.  This is not the pie recipe I was looking for.  But in a bound notebook belonging to my paternal grandmother, Evalene McCrory White) I found this recipe:

This note book was interesting and apparently old.  Here is the inside of the front cover. 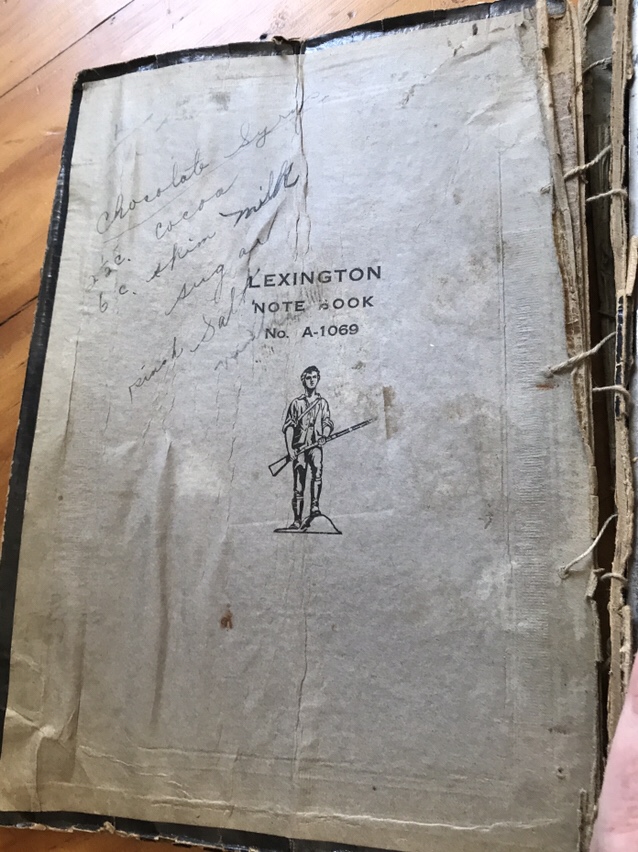 There were recipes cut out from various sources and written on a variety of small scraps of paper, including on the back of this interesting Ross Dam advertisement.

Here is a booklet with obvious WWII recipes inside.  Gotta love the irradiated milk!

Here is a Pork Chop Casserole recipe she wrote down that I might try in the future.

Anyway, I used our leftover chicken, our chicken stock and our lard (instead of shortening) to make the recipe.  It used celery and peas as the other cooked vegetables.  It turned out really good.  I ended up eating the parsley pinwheels along with Tom because they were so yummy.  So this is a very versatile recipe and a keeper.

This entry was posted in Historic recipes, Recipes- farm. Bookmark the permalink.