Cooking from our Harvest

On September 15, I made an old favorite, Ratatouille Cheese pie.  I didn’t make the crust for it.  I was able to use our eggs, zucchini and tomatoes for it.  I have a long standing affection for this dish as we ate it in my vegetarian teenage-hood.  I remember eating it at the noon break from standardized testing at Bellevue Community College.  I can’t remember if it was for my SATs or MCAT, but either way I attribute my good score to the lunch pie. 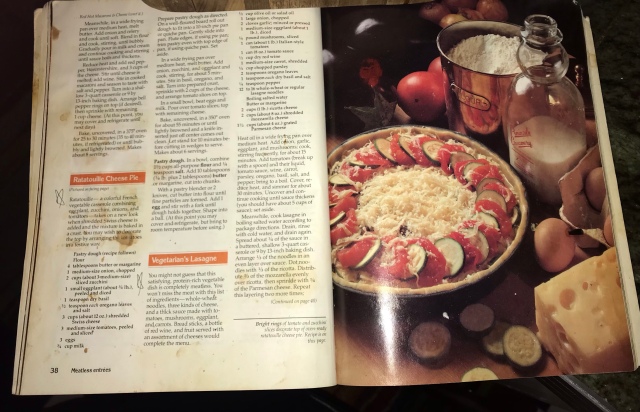 Last Thursday I participated in my usual Taste of Old Colony History.  It was apple cider doughnuts this month. Here is our fearless leader, frying the doughnuts.

She presented a brief history of apple cider and of doughnuts which were fascinating.  Here are my doughnuts.  They were a little doughy in the middle, probably because they were thicker than they should have been.  I baked them in the oven briefly which helped.  They were tasty, and I used some of our home pressed cider.  Next month is mini pumpkin pies in which I hope to use up some of our pumpkin. 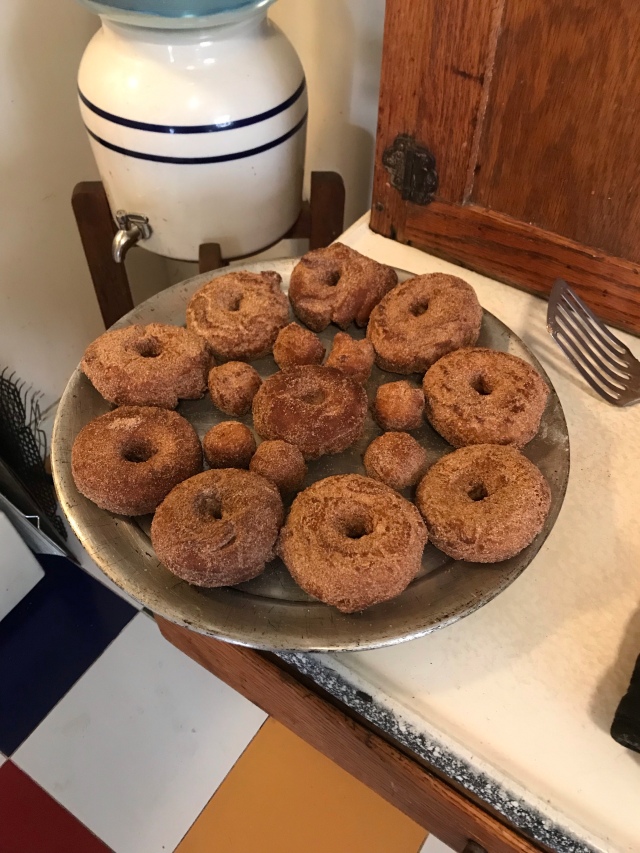 For dinner Thursday I made Twice Baked Baked Delicata Squash with Swiss Chard.  I was able to use our delicata squash, garlic, chard, sage and sausage.  It was good except our delicatas this year are quite dry even with all this moisture baked in them.  Not sure why.  I think this would be really good in small pumpkins as well.

My fermented bread and butter pickles did not work out.  It seemed like slimy worms.  Even the chickens were not thrilled.  But it made me want bread and butter pickles, and Tom had bought Ball® Bread & Butter Pickle Mix for me.  So I decided to try this recipe and made the refrigerator version.  I used Swerve instead of sugar in half the amounts.  I haven’t tried them yet as I want it to mature, but at least it doesn’t look slimy.  I obviously used our rather large cucumbers for this recipe.  Searching on my Pinterest recipes for pickles, I remembered pickled eggs.  I will need to make them again as well.

For dinner Sunday, I was “post-call” so Tom made dinner.  He had purchased some organic chicken breasts so I suggested a recipe I had just seen for Jack-O’-Lantern Quesadillas.  We were able to use our pumpkins and hot peppers for this recipe.  Tom did make the jack-o-lantern faces in the tortillas.  I got smiley faces with a tooth.

Here they are after baking.  Tom put frowns on his. They were darn good.  There were a little spicy with Tom’s improvisations with spicing up the chicken.  But so good, and fun too.

Yesterday I made some cucumber simple syrup.  I used Swerve instead of sugar.  I plan on making drinks (alcoholic and non-alcoholic) with it.  And used another giant cucumber in making it. 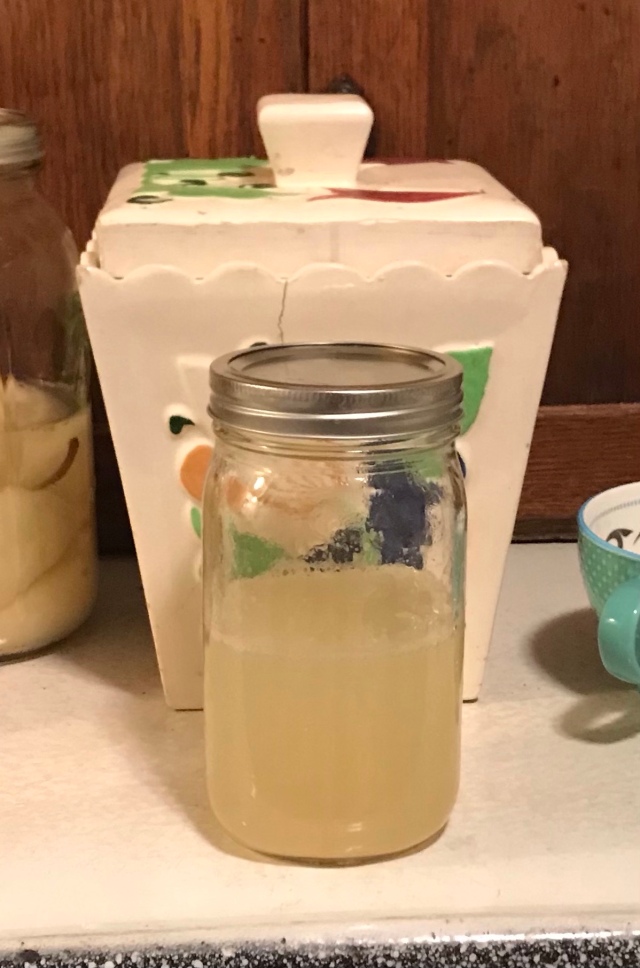 So in sad (for me) news, I twisted my left ankle going down the back porch steps this morning.  I ended up falling on my back too, couldn’t get up and had to wait for Tom to find me.  Once again I should have had my phone on me.  I literally crawled into the house, iced and elevated my ankle. I got an appointment with my doctor, and here is what it looked like there. 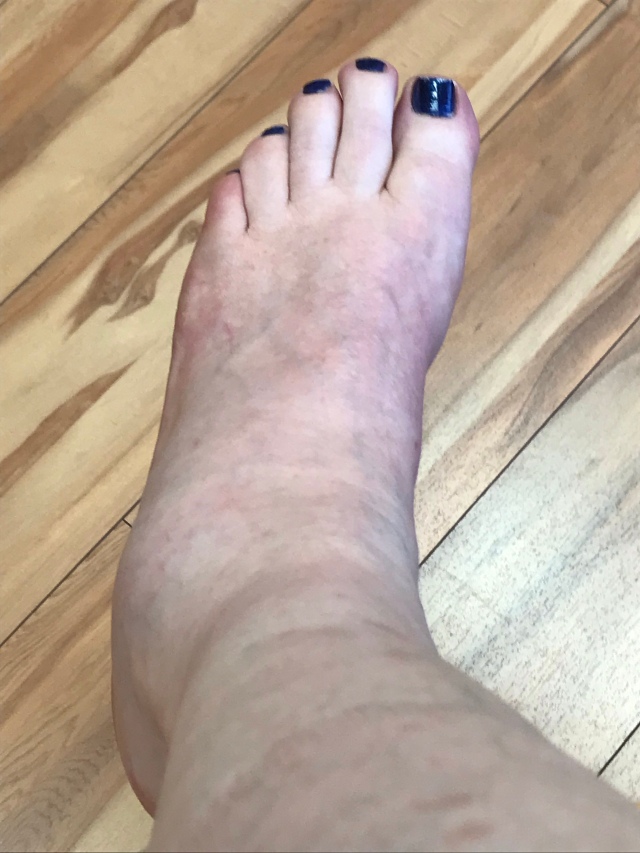 I had x-rays done, and it is not broken, just a bad sprain.  My co-workers really stepped up and offered me a walking boot and a knee scooter.  With work scheduled for me tomorrow, I will use a boot and scooter to get around.  Wish me luck with this.

Tom had to drive me around for these appointments this evening so didn’t want to cook.  So he ordered Korean BBQ for us, and that was really good as well.  I had Spicy pork Bul-Gogi (very spicy!), and Tom had Beef Short Ribs.

This entry was posted in Farm, Historic recipes, Recipes- farm. Bookmark the permalink.

6 Responses to Cooking from our Harvest